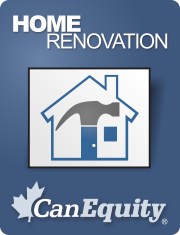 Recent regulatory changes that tightened loan rules for refinancing may also make it harder for residents to renovate their homes, which could accentuate expected slowdowns in the market.

The Calgary Herald reports a study by economist Adrienne Warren, of the Bank of Nova Scotia, found that the country has been in the midst of a home renovation boom, which has been a significant portion of the housing market.

But that growth will soon slow down. Most renovation projects take place during the first three years after someone buys a home, and the 2007 peak in home sales is now further in the past, meaning the number of projects will be fading. That, along with tighter mortgage rules, could impact job growth.

"Less than 10 per cent of households are planning a major renovation, defined as costing $5,000 or more, in the coming year, compared with a peak of almost 18 per cent in mid-2009," Lai Sing Louie, regional economist in Calgary with the Canada Mortgage and Housing Corporation, told the paper.

According to data from the CMHC, the average amount of money spent on renovation projects in 2009 was more than $12,000.