According to The Globe and Mail, executives at the mortgage insurer have made it clear they view the situation as a new business opportunity, as Ottawa mulls loosening restrictions on the CMHC.

“Given economic conditions and concerns around personal leverage/housing in Canada, we would be surprised to see the government increase CMHC’s limit in the near term,” Jason Bilodeau, analyst at TD Securities, recently wrote in a note to clients.

Meanwhile, Finance Minister Jim Flaherty has not made it clear whether he has plans to increase the limit, but has stated that he wants CMHC to operate within those means for the time being, the newspaper states.

In addition to mortgage news, Canada's housing industry is also seeing fluctuations in prices throughout the nation. According to the CBC News, price increases in Toronto, Montreal and Vancouver – three of the country's major housing markets – pushed the Canadian Real Estate Association's home price index to new heights for January.

Compare Term Rates Using Our New Mortgage Calculator
The length of your mortgage term is often correlated with your interest rate. By and large, longer terms have higher rates and shorter terms have lower rates. With our mortgage calculator you can try out different mortgage terms and rates in order to see how they will affect the amount of interest you will end up paying in the long term. 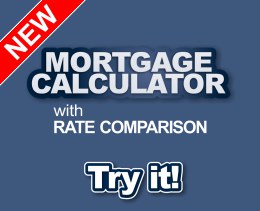 Starts with a Pre-approval
Unsure how to begin the home buying process? Get started with a mortgage pre-approval. There is no obligation to buy, it's free, and it will help you find out exactly how much you can afford. With a pre-approval, you are guaranteed the best rate available from within a 120 day span, so when you find your home, you will have the most options available.