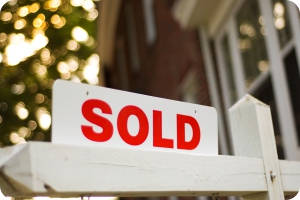 As the debate continues over whether to slow the Canadian housing market, one mortgage consultant argues potential homeowners would be better served by fewer restrictions on lending practices, not more.

In response to the American housing collapse of the last few years, Canadian finance ministers began tightening the rules for mortgage borrowing by increasing minimum down payments from nothing down to 5 percent and gradually shortening amortization periods from 40 years to 30 years. This had the effect of weeding out some would-be homeowners who may not have been entirely ready for the financial responsibilities of a mortgage.

But so long as the Bank of Canada maintains low interest rates, mortgage rates are likely to remain lower than average as well, encouraging borrowers to take out home loans despite the new restrictions. To counter this effect and further reduce the risk that mortgage applicants might later default on their mortgages as many Americans did, a number of financial experts have recommended additional restrictions on mortgage lending, including a 7 percent minimum down payment, 25-year maximum amortization period and means testing for applicants.

According to many predictions, this would have a cooling effect on the housing market and steer Canada back from the brink of a potential housing collapse. But that may not be the right solution for consumers, suggests Feisal Panjwani, a senior mortgage consultant.

In a recent market analysis in the Windsor Star, Panjwani points to the overall financial responsibility of the Canadian people as a reason why some of the recent restrictions and the newly proposed limitations on borrowing should be dropped.

Regulations implemented in 2009 concerning self-employed borrowers require those individuals to qualify for a loan based on their actual taxable income, rather than a stated income, and to pay a 25 percent down payment if they cannot qualify for a lower down payment by that metric, according to the Star. Panjwani argues this regulation unfairly punishes Canadians who are otherwise responsible earners. He cites statistics which he says show 68 percent of Canadians have no debt on their homes, and only four out of every 1,000 mortgages is 90 days or more in arrears.

Still, most financial experts have adopted a better-safe-than-sorry attitude, and are encouraging more individual responsibility and preparedness, rather than looser regulations that allow potentially unqualified borrowers to take out loans they're not ready to repay, the Star reports. One tip offered to renters looking to buy a home comes from Laura Parsons, manager of specialized sales at BMO Financial Group, who advised aspiring homeowners to calculate the difference between rent and prospective mortgage payments, and set that amount aside each month. This will help build savings for a down payment, as well as prepare potential borrowers for the cost of a home loan.

Brand New Mortgage Calculator
Ultra? Super? Fantastic? All three are good words to describe our brand new mortgage calculator. We've added tons and tons of new features-- far too many to list. Try it and see for yourself.

Mortgage Rate History
Rates are at historic lows. Want to see how the prime and mortgage rates have changed over the last ten years? Find more information with our mortgage rate history tables and graphs.