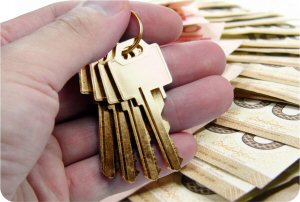 Another sign that Canada may be following the United States on the path to recession: The number of subprime mortgages on the market is rising – fast.

Increasing levels of consumer debt has been a hot topic in Ottawa and around the country in recent weeks. By some calculations, the average consumer now has a debt-to-income ratio of 1.5-to-1. While credit cards and auto loans certainly play their part in the debt trend, low interest rates have fueled a boom in the housing market as more Canadians take out home loans. While the perception of the Canadian borrower is typically one of restraint and caution, that may not actually be the case, Canadian Imperial Bank of Commerce economist Benjamin Tal recently told the CBC.

Most of the home loans in Canada are insured by the Canadian Mortgage and Housing Corporation, a Crown corporation set up to oversee the housing industry. The monetary value of the mortgages CMHC is allowed to insure has been capped at $600 billion, and finance ministers say they are unwilling to raise that cap. As the agency approaches its limit, lenders are becoming more discerning with their loans, offering the best mortgage rates to consumers with excellent credit. As a result, some would-be borrowers with otherwise decent credit are seeking alternative mortgages, according to the CBC.

“All of a sudden, instead of getting a 3 percent fixed-rate mortgage, buyers are signing up for 6,” mortgage broker Marcus Tzaferis told the CBC. “If more and more people are getting thrown into subprime, how many are going to take that 3 percent hit without asking questions?”

Canadians who are looking to buy a house but are unwilling to settle for a subprime mortgage have a number of options available to make them a better candidate for a low-interest home loan. First, by using an online mortgage calculator, they can figure out exactly how much they can afford to spend on a house. These tools can be used to factor in different rates, different down payments and different amortization periods in order to find the right type of mortgage. Consulting with a mortgage broker is another way to discover which products might be the most appropriate.

Saving enough money to make a sizable down payment is another way to lessen the risk to lenders and make them more likely to approve a home loan. A large down payment will also lower the overall cost of a mortgage, potentially saving tens of thousands of dollars on interest payments.

Home Loan Mortgage Calculator
Compare different payment schedules and mortgage interest rates using our new residential mortgage calculator. Knowing how it all works will help you get the best deal on your home loan. Try it out and tell us what you think.

Best Rates in Canada
We offer Canadians some of the best mortgage rates available on the market. Contact our brokerage today and see why we are the top choice for online mortgages in Canada.