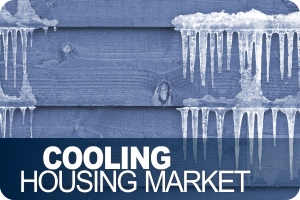 Whether he likes it or not, Finance Minister Jim Flaherty has become synonymous with Canada’s housing market, and by extension, so has his office. Flaherty has been more than willing to vocalize warnings and predictions, few of them good, in regards to the country’s recent mortgage boom. He also hasn’t been shy about taking legislative action to enact policies he feels will benefit the market. These policies haven’t always made Flaherty the most popular of government officials, especially in the housing industry, but you can’t deny the man is passionate in his convictions.

Which is why recent talk coming out of the finance office seems so out of character.

Michael Horgan, Canada’s deputy minister of finance, essentially absolved Flaherty and the finance office of any responsibility in the cool-down of the current housing market.

“There’s some evidence that the housing market, particularly in some markets, is cooling and slowing at the moment,” he said in a speech on Monday. “We read a lot of press commentary that’s saying it’s because of the government’s changes to mortgage insurance rules. I think it’s actually too early to make the direct link.”

Flaherty echoed Horgan’s comments in an interview the same day, telling CTV Television that the full impact of his tighter mortgage restrictions have yet to take effect, despite the cool-down in the market.

The changes in question include a reduction in the maximum amortization for a government-insured mortgage from 30 years to 25 years, as well as a reduction in the amount of equity that can be borrowed against a home, from 85 percent to 80 percent of a property’s value. As the majority of Canadians require mortgage insurance to buy a home, these restrictions made it that much harder for potential homebuyers to follow through on a purchase.

According to the Canadian Real Estate Association (CREA), the average home price in Canada is $350,192. That means putting down 20 percent would cost the average citizen $70,038, a price that fewer than four in 10 buyers can afford. These restrictions are in keeping with changes from the recent past. For all intents and purposes, 30-year mortgages in Canada are dead, just like 40-year mortgages and 35-year mortgages were killed off in 2008 and 2010, respectively.

Flaherty made it expressly clear at the time that these new restrictions were meant to cool down a market surging with home loans brought on by low mortgage rates.

“Four times we intervened in the mortgage insurance market in the last four years. And it is working,” he said in an interview with The Globe and Mail.

Industry professionals can’t help but agree with that assessment. The Canadian Real Estate Association reports that home sales are down overall for the month of September, marking a decrease of 15.1 percent from the same time last year.
Meanwhile, in Toronto, the once-booming condo market has slowed to a crawl. The Toronto Real Estate Board reported that condo sales dropped considerably, while prices on resale condos have depreciated for the first time since 2009.

There are pockets of strong activity spread throughout the country, but it’s clear that the majority of Canada’s housing market is cooling down. So why the sudden modesty from Flaherty and the finance office? They wanted to cool down the market, they enacted rules to ensure it would and it has. Case closed, right?

Could it be that negative public opinion, sparked by trepidation from Canadian consumers, has caused this new bashfulness? Or could it be that Flaherty and company foresee a much greater cool-down on the horizon and want to prepare the public?

Either way, Flaherty and his office need to remember that their jobs amount to more than just counting numbers and balancing budgets. If the market is cooling down, consumers need to be reassured. If decisions were made, they should be explained, defended and laid out for the public to understand.

Consumers can be a fickle bunch, but cliche or no, honesty is always the best policy.