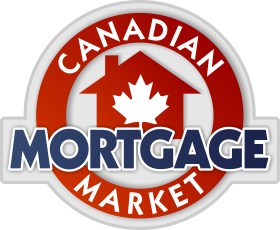 The Canadian Association of Accredited Mortgage Professionals has released its Annual State of the Residential Mortgage Market in Canada report for 2012.

The report, authored by CAAMP Chief Economist Will Dunning, offers a number of insights into Canada’s mortgage market, including trends from 2012 that can help shed light on things to expect in 2013.

These figures mark a considerable change from years past. The CAAMP report shows that in prior years, fixed-rate mortgages comprised approximately two-thirds of the market and adjustable-rate mortgages were closer to one-quarter. Combination mortgages, meanwhile, were well below their current standing of 11 percent.

Payment trends
Data shows that current mortgage holders are taking steps to speed up the repayment process by increasing payment amounts, making larger pre-payments and increasing the frequency of payments. The CAAMP reports that 32 percent of borrowers took one or more of these steps in 2012. This has resulted in actual amortization lengths being one-fifth shorter than contracted lengths. Survey respondents indicate that during 2012, borrowers increased regular payments by $3.5 billion per year. Meanwhile, lump sum payments equal $20 billion.

According to the CAAMP, approximately 6 percent of homeowners took equity out of their homes in 2012. The average value of the equity taken out is estimated at $49,000, translating to $30 billion in equity take-out among all homeowners. Most of this money was spent on home renovation, coming in at $8.25 billion. Debt consolidation and repayment came next, with $7.5 billion. Various purchases, including paying for education, comprised $6.5 billion. Investments came in at $5.25 billion, while $2.5 billion was used for unspecified purposes.

The future of the market
A large portion of the CAAMP report takes government restrictions to task for slowing down the market. The policy changes put in place by Finance Minister Jim Flaherty are expected to cause a prolonged downturn in the market. Effects from the downturn have already surfaced, with home sales dropping in October on a year-over-year basis, falling 0.1 percent from September and 0.8 percent from the same time last year.

However, both the Canada Mortgage and Housing Corporation and the Canadian Real Estate Association are optimistic about the future of the country’s real estate market, predicting that new mortgage restrictions might cause temporary distress, but will not lead to lasting negative consequences.

One thought on “Trends and predictions for Canada’s mortgage market”

Mortgage Brokers
We feel that we're in the business of making your dreams come true. Our brokers genuinely want to help you get that dream house, and we will do whatever it takes to find you the best mortgage to suit your needs.