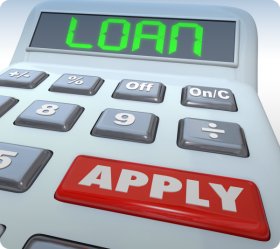 Rules issued by the Department of Finance last year that tightened mortgage standards appear to be having their intended effect, slightly suppressing demand by first-time buyers, especially in British Columbia. While approximately 20 percent of people across Canada who were looking to secure first-time home loans delayed such a move due to the new rules, that number was higher in B.C., where one-third of respondents said they would wait (compared to a low of 11 percent in Ontario), according to a study commissioned by BMO.

Prices remain high
Despite the decline in demand among first-time buyers, overall housing prices have remained high, continuing to set records in most places across the country. With mortgage rates still below 3 percent, demand has remained steady and inventory relatively low, since few people are allowing talk of a possible housing bubble to scare them into selling.

One of the reasons for that lack of fear may be confidence among experts that the new rules helped the country's housing market come to a "soft landing."

"I think it was almost the perfect soft landing for policy-makers," said BMO's Chief Economist Doug Porter. "It cooled, but it didn't undergo a so-called hard landing. Sales did drop pretty heavily the first couple months, but then they stabilized and they've started to creep back up again."

2013 outlook
It is unlikely that there will be too much volatility in the Canadian housing market in the months to come. Mortgage rates are slowly creeping up, keeping shaky borrowers, or people in high-priced markets like Toronto, from entering the market. And the government is continuing to monitor the housing situation in an effort to keep it in check.

As Stephanie Rubec, manager of media relations for the Department of Finance stated, "The government continues to monitor the mortgage market and protect taxpayers. Prices for financial products, including mortgage interest rates, reflect a financial institution's business decisions. Due to the fact that taxpayers are the ultimate backstop for government-backed insured mortgages, financial institutions are expected to lend prudently."

With the government, lenders, experts and consumers all viewing the market as relatively tight, the likelihood of a housing bubble in the vein of the one in the U.S. that took down the world economy five years ago seems remote. British Columbia is a perfect example. A somewhat modest change in mortgage financing rules that came more than a year ago is still keeping the housing market there in check.