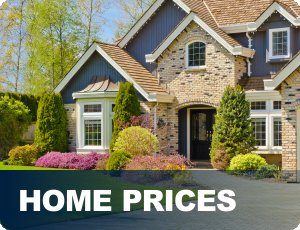 Are homes in Canada too expensive?

According to a recent article from The Globe and Mail, the answer is: sometimes.

"…[T]here is clearly some stress on affordability, which is reported on in depth by Royal Bank of Canada's economists every three months," the article stated. "As RBC points out in each report, lenders typically qualify borrowers by checking whether mortgage payments, property taxes and heating costs account for no more than 32 per cent of gross household income. In the first quarter of 2013, this package of housing costs consumed a low of 30.4 percent of average household income in Edmonton for a detached bungalow and a high of 82.3 percent in Vancouver."

Meanwhile, on a national level, data from the RBC shows that housing costs accounted for an average of 42.5 percent of household income.

Keeping mortgage rates low
One of the reasons Canadians have been able to deal with rising household costs is low mortgage rates. The low amount of interest built up on home loans translated to lower monthly mortgage payments, as well as less money spent over the long run. This helped offset rising costs. It also helped keep the residential real estate market going after mortgage restrictions were put in place by Finance Minister Jim Flaherty. Even as it became more difficult to obtain government-backed financing for a property, low mortgage rates called potential homebuyers from off the sidelines.

Unfortunately, the seemingly endless offer of low mortgage rates appears to be drying up. Both the Royal Bank of Canada and TD Canada Trust have increased rates on their fixed-rate mortgage products.

However, while rates may be on the rise, outlets exist to help both homebuyers and current homeowners find affordable mortgages.

Speaking with Mortgage Broker News, Albertan mortgage broker Shawn Mooney said that rising rates at banks may ultimately be a good thing for brokers, as it will lead borrowers to discover a simple fact: Mortgage brokers can offer the best mortgage rates.

"I do feel that the move by the banks to increase their rates will ultimately help brokers," Mooney said. "When the bank's rates are similar to ours it is tough sometimes to grab a customer who is loyal to the bank and convince them to use one of our lenders they are unfamiliar with. It will at least grab their attention and give us a better fighting chance of winning those customers from the bank."

Mooney went on to say that mortgage brokers know the market better than bankers. While this may cause some mortgage bankers to bristle, data seems to back up Mooney's claim.

According to a study from the Bank of Canada titled Discounting in Mortgage Markets, on average, brokers are able to reduce mortgage rates by 17.5 basis points. These kinds of savings can make a big difference over the lifespan of a home loan, and help offset the costs of higher home prices.