New mortgage rules got you down? Blame Toronto 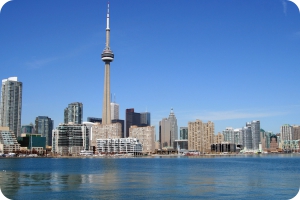 We all knew the day would come when Ottawa would tighten mortgage rules for borrowers. Finance Minister Jim Flaherty has been teasing the country for months, alternately saying that the housing market is out of control and needs to be reigned in, and that tighter rules would tip the market over the edge possibly triggering a severe correction.

On June 21, Flaherty held his nose and jumped into the housing maelstrom. He proposed a series of changes that would:

• Reduce the maximum amortization period from 30 years to 25 years
• Limit the amount of equity homeowners could take out during refinancing to 80 percent, down from 85 percent
• Capping the maximum amount of income that can be dedicated to home loans at 39 percent, down from 44 percent
• Eliminating mortgage guarantees on homes valued over $1 million

So why now? What changed? It appears the continued condo boom in Toronto might be to blame.

“In Toronto in particular, what I’ve observed and heard about from developers is continuous building without restriction,” Flaherty said when announcing his rules. “It’s distorting the market, quite frankly. And for that reason, we’re taking the steps we’re taking.”

That may be putting it politely, according to at least one news report.

“He’s been fussed about this for a long time,” according to an anonymous government source quoted by The Globe and Mail. “He thinks the builders are out of control. … He spends a lot of time in Toronto, and he sees it.”

Whatever the cause, the die has been cast and the rules will kick in July 9. So what about the effect?

Predictably, the reaction to the new rules has been mixed, with different parties expressing different opinions, both good and bad. Big banks are chuffed with the changes. BMO Bank of Montreal practically gave Flaherty a standing ovation, saying the measures are "prudent, measured, responsible, timely," and that Flaherty "has tapped the brakes at precisely the right time and his actions should help ensure Canada's housing market experiences a soft landing."

First-time homebuyers might be a little more miffed, however, since the rules primarily impact them. By slicing five years off of the maximum amortization period, Canadians taking out a mortgage will experience higher monthly payments. According to stats from the government, monthly payments on a $350,000 mortgage at 3 percent interest will rise by about $184, Canadian Business reported. This is roughly the equivalent of hiking Canadian mortgage rates by 0.9 percent.

But it's not all bad news. Higher monthly payments and a shorter amortization might actually be a good thing for most people. By paying off their mortgages five years earlier, homeowners could save roughly $33,000 over the life of their loan. Also, capping the maximum amount of income that can be spent on home loans at 39 percent means Canadians will have more money to spend knocking down their other debts. With Statistics Canada putting debt-to-income ratios at 152 percent, it appears as though Canadians will need every dollar they can lay their hands on the get their debts under control.

So what does the near future hold for Canadian homebuyers? Robert Hogue, a senior economist from the Royal Bank of Canada, thinks that there will be something of a rush on mortgages over the next couple weeks while the current rules are still in place. But the stampede isn't likely to last.

"Past July 9, however, the new rules are likely to restrain homebuyer demand, particularly from first-time buyers," he said. "We would expect this restraint to accelerate the process of moderation in housing market activity; yet, we do not foresee any serious correction threatening the stability of the market. Canada's housing market will continue to find support from an expanding economy and the growth in employment and household income that this will generate."