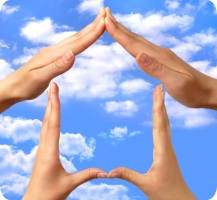 Canadian Finance Minister Jim Flaherty can be a pretty divisive figure in certain circles, especially when it comes to Canada’s housing market. Flaherty made no bones about taking action when he suspected the market was unhealthy, leading him to tighten restrictions on mortgage insurance on four separate occasions. Some analysts saw this as a way to prevent a housing bubble in the Canadian market, part of a plan to cool things down in hopes of avoiding economic collapse like in the United States and Spain. Others, including industry professionals, saw it as interfering with a booming uptick in home sales and construction, neutering lenders, babying borrowers and restricting citizens from getting the mortgages they needed to buy homes.

No matter how you feel about the man and his policies, one thing is certain: The name Jim Flaherty has gotten just as much ink as interest rates when it comes to coverage of Canada’s housing market.

Well, Flaherty is in the news once again, riling up opponents and supporters alike with his views, only this time he’s calling for less government intervention. You’d be forgiven for wondering who this man is and what he’s done with the real Jim Flaherty.

Finance Minister stirs things up with CMHC statements
An interview Flaherty gave to The Globe and Mail sparked debate when it was reported that not only does the finance minister want to end government intervention in the housing market, but privatize the Canadian Mortgage and Housing Corporation (CMHC) as well.

“We’ve taken four steps over the last four years to reduce the exposure there for taxpayers, so I don’t think there’s a lot more to do with CMHC or mortgage insurance, certainly not in the foreseeable future,” Flaherty told The Globe and Mail. “The history of CMHC has to do with providing adequate housing for veterans after the Second World War, and it’s become something rather grander. I think in the next five or 10 years the government needs to look at getting out of some businesses that we’re in that we don’t need to be in.”

The Department of Finance issued a swift denial that were any immediate plans to privatize the CMHC, but the cat was already out of the bag following Flaherty’s remarks, especially considering that Flaherty had made similar remarks to the National Post in April.

“Over time, I don’t think it’s essential that a government financial institution provide mortgage insurance in Canada,” said Flaherty, talking to the National Post’s editorial board.

Regardless if the government is looking to privatize the CMHC in the foreseeable future or not, it’s worth looking at how such a move would impact the market. After all, the CMHC controls nearly 75 percent of the mortgage default insurance business in the nation.
According to Canadian Mortgage Trends, privatizing the CMHC could result in a number of negative consequences, including causing volatility in the housing market, endangering mortgage liquidity and securitization programs and depriving taxpayers of CMHC profits, which have helped cut down the deficit by $16 billion dollars over the last 10 years.

Another outcome of a privatized CMHC would be the harm it could cause rural Canadian citizens. Canadians living in small towns and rural areas have fewer options for housing and insurance coverage, and nearly half of the CMHC’s business comes from helping the people in these markets.

While the government assures the public that no changes are forthcoming to the CMHC, the idea of such drastic change still poses a number of difficult questions. As things stand now, the housing market is in a cool-down, one of Flaherty’s creations. With analysts watching every fluctuation in mortgage rates with bated breath, the last thing they need is news of major changes at the CMHC.

Next
Foreclosure and bankruptcies don't guarantee a lifetime of renting
Previous
3 easy jobs that will sell a house faster
Compare. Calculate. Apply today.