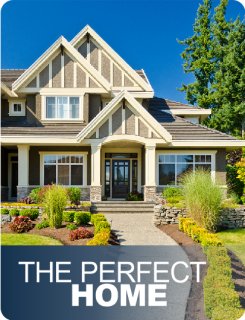 Buying a home is a large investment. Between home loans, mortgage rates and closing costs, it's important to make sure that the property you're investing in is worth your time and money. However, some Canadians allow their emotions to get in the way of sound financial decisions.

A recent article from The Ottawa Citizen details ways in which homebuyers may leave logic at the door and let their excitement run away with them.

"[A] study published in the Journal of Advertising Research in 2002 said emotions can be twice as important as knowledge in consumer buying decisions," writes Patrick Langston for the news source. "Subsequent research has determined that the role of emotion in buying situations varies by individual and circumstance, but there's no doubt that, overall, it's a critical factor in consumer behaviour."

Many buyers may like to think that important details like price and location would be their prime concerns, but according to June Cotte, who teaches marketing at Western University's Ivey Business School, this is not always the case. END_OF_DOCUMENT_TOKEN_TO_BE_REPLACED 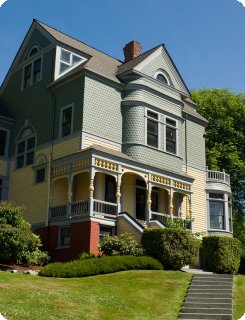 It may seem like everything in modern life is about the latest and greatest, but sometimes you can't beat the charm and craftsmanship of something from the past. When it comes to purchasing a property, newer isn't always better, and at the end of the day, mortgage rates and home loans take a back seat when a buyer falls in love with a house. However, deciding on an older home means taking the property's unique characteristics into account. Older properties can present certain challenges not found in newly constructed homes, meaning home buyers need to fully understand what they're getting into.

Foundation
A solid foundation is vital to any property, and older homes may be more vulnerable to foundation issues. While the architecture or location of an older home may be what draws you to it, determining the condition of its foundation should be the No. 1 priority. Foundation problems are very costly to fix, so checking for signs of cracking or shifting is essential. Hiring a professional home inspector should be a part of any home buying process, but it's especially important for older homes, as they have the expertise necessary to find any problems with a property's foundation. If an older property does have foundation issues, it's probably in your best interest to move on. END_OF_DOCUMENT_TOKEN_TO_BE_REPLACED

Most home buyers understand the importance of having a home inspected prior to purchasing. Not every potential homeowner is a master builder, and having the expertise of a trained home inspector can be invaluable when it comes to spotting problems. After all, what’s the point of taking advantage of affordable mortgage rates if a home will require costly repairs down the line?

However, home buyers purchasing a brand new property may feel that a home inspection isn’t necessary. A home that hasn’t been lived in may seem pristine, but it can still feature a number of problems that only a home inspector might be able to find. This is why having a home inspected is just as essential for new properties as it is for resales. END_OF_DOCUMENT_TOKEN_TO_BE_REPLACED

Imagine buying your dream home. It’s not cheap, but it’s worth it. You and your family will make it your own, spending many happy years living, laughing and making memories in it. Now imagine finding out that your beautiful new home is infested with mice. So infested, in fact, that you’ll now have to tear apart your million dollar investment. Sound crazy? That’s exactly what happened to a woman in Winnipeg, according to CBC News.

Connie Forsythe bought her $1 million home in September and began opening up walls to make renovations. It wasn’t long before she discovered that her 5,000-square-foot home already belonged to an immense nest of rodents. Now the home’s drywall, insulation and vapor barrier will have to be ripped out and replaced. Meanwhile, the previous owner denies having any knowledge of the infestation. Most likely, Forsythe will end up in court fighting for restitution.

Besides being the stuff of homebuyer nightmares, this story illustrates the importance of something that is often overlooked by househunters: home inspection. During the deluge of home loans and mortgage rates, common sense sometimes goes out the window. If you’re forking over hundreds of thousands of dollars for a place to lay your head down at night, the least you can do is make sure your new abode is clean, safe and structurally sound. The following is a primer for homebuyers unfamiliar with the ins and outs of home inspection. END_OF_DOCUMENT_TOKEN_TO_BE_REPLACED

Our Best Mortgage Calculator Yet
Try out Canada's top rated calculator. Use our mortgage calculator to find the ideal repayment schedule. Add a pre-payment or cash injection and see exactly how it will affect your mortgage.

Mortgage Brokers
The bank doesn't work for you, but your broker does. Your mortgage broker's job is to help you navigate all of your options until they find the one right for you, and our brokers are very good at their jobs.