If it seems like Canada's housing market bounces back and forth from doom and gloom to optimism and sunshine faster than a mortgage application can be submitted, it's likely because it makes for better headlines than the truth: The market is cooling, but it's heading for a soft landing, not a crash. Mortgage rates remain near all-time lows, making it more affordable than ever for consumers to take the plunge into homeownership. Meanwhile, property prices continue to remain high.

New home prices rise in March
According to data from Statistics Canada, new home prices increased 0.1 percent overall during March on a month-over-month basis. Most of this positive activity is being attributed to Calgary, where Canada's oil industry is giving workers the means for homeownership. The new housing price index shows that prices in Calgary rose 0.3 percent from February to March. Meanwhile, the Toronto-Oshawa region saw an increase of 0.1 percent following a flat rate in February. Regina, Saskatoon and Windsor are also reported to have experienced large price hikes during the same time period. In fact, while prices rose in nine cities, only three saw a decline, including Vancouver, where new home prices fell 0.2 percent from the previous month. Meanwhile, prices stayed unchanged in nine cities during this time period. END_OF_DOCUMENT_TOKEN_TO_BE_REPLACED

No two home buyers are the same. While most individuals find themselves walking a similar path to homeownership, one involving mortgage rates and home loans, their wants and needs are always unique. One buyer may be seeking a smaller property that will require minimal upkeep. Meanwhile, a newlywed couple might be searching for a starter home they can use to start a family.  For Canadian home buyers of all stripes, one of the most important questions is: What type of home do I want? In order to answer that, individuals must understand the different types of properties available and what they offer.

Single-family detached
Detached single-family homes are the most common types of properties. They can come in many styles and floor plans, including multiple levels. These homes typically feature a front yard, back yard and garage. Since it is detached, these homes are not a part of any other property and offer more privacy than other types of homes. END_OF_DOCUMENT_TOKEN_TO_BE_REPLACED

Most home buyers understand the importance of having a home inspected prior to purchasing. Not every potential homeowner is a master builder, and having the expertise of a trained home inspector can be invaluable when it comes to spotting problems. After all, what’s the point of taking advantage of affordable mortgage rates if a home will require costly repairs down the line?

However, home buyers purchasing a brand new property may feel that a home inspection isn’t necessary. A home that hasn’t been lived in may seem pristine, but it can still feature a number of problems that only a home inspector might be able to find. This is why having a home inspected is just as essential for new properties as it is for resales. END_OF_DOCUMENT_TOKEN_TO_BE_REPLACED

Between dealing with mortgage rates and home loans, it’s easy for other parts of the home buying process to fall through the cracks. After all, who has time to worry about things like title insurance when you’re trying to find the best deal on a home purchase? However, with more lenders now requiring title insurance as part of a mortgage loan, it’s vital that potential home buyers fully understand what title insurance is, how it can protect them and ways to save money in the process.

What is title insurance?
Title insurance is a form of coverage that protects against losses arising from ownership in a property. When you purchase a home, chances are that it’s gone through a number of changes in ownership. This also includes the land the home itself sits on. Since human error or unforeseen problems regarding the transfer of ownership may lead to legal troubles regarding a home’s title, this insurance means that public records have been thoroughly searchedto ensure a property’s title is in order. It also means that if any problems do arise, the owner or lender will be covered. END_OF_DOCUMENT_TOKEN_TO_BE_REPLACED 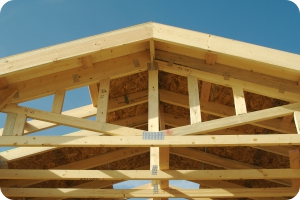 While there are plenty of wonderful existing properties on the market, sometimes nothing but a brand-new home will do. It’s a special feeling knowing that you’re the first person to live in a home, enjoying the comforts and conveniences of a new property that no one else has. Not only can you be assured that the home is free from the wear and tear of previous owners, but you can make sure that the property is tailored to your wants and needs, as well. 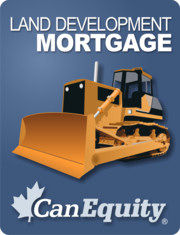 Why spend the time and energy searching everywhere for a dream house that may not even exist when you can do one better: Stop house-hunting and build the dang house already. Forget about that awesome home in the sub-par school district with a high price tag. Pick the land in whatever area you want and customize the home to boot!

If only it were really that simple.

For starters, land isn't cheap and neither is building a home. Top-notch customization can come with a hefty price tag, even for the most prepared land buyers and builders. However, doing some necessary homework before jumping into the process can be the difference between spending too much and making a wise investment.

But before we get ahead of ourselves, let's talk a bit about the considerations that must go into buying land and making the decision to build: END_OF_DOCUMENT_TOKEN_TO_BE_REPLACED 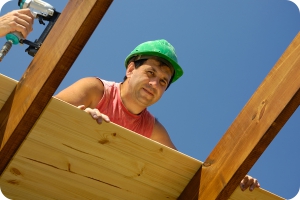 So, you've gotten your dream home. Like a lot of homebuyers, you probably spent a while finding just the right place at just the right price. But after a couple years, the luster wears off and you starting thinking: Renovation. You're not alone. Millions of Canadians spruce up their abodes each year, but the trends may be going up and down with the rest of the housing market.

Recently, the Canadian Mortgage and Housing Corporation released the results of its Renovation and Home Purchase survey. Let's check out some of those numbers:

Most of the renovations occurred in St. Johns – 43 percent – and Quebec – 43 percent. Not a whole lot of people decided to fix up their homes in Vancouver, however – just 33 percent of homeowners in that area redid their digs during 2011. END_OF_DOCUMENT_TOKEN_TO_BE_REPLACED 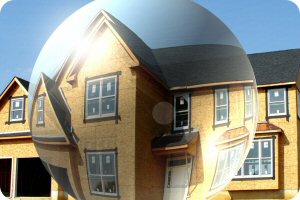 As home prices across the country rise, so do fears over a possible market collapse. This has left a number of analysts casting about for someone or something to blame for the current trend, and the theories range from foreign entities to the Canadian government.

The economy in Toronto, the site of the biggest surge in housing development and the fastest rising home prices in the country, has been comparatively flat in recent months, a fact that should coincide with less homebuilding, not more, according to Financial Post columnist Diane Francis. The market is being artificially inflated by a "deluge of hot money from abroad," she argued.

"This artificially corrupts the housing sector, presents a great risk to taxpayers in future and inflates housing in the afflicted areas to unaffordable, unnecessary levels for Canadian buyers," Francis wrote. She went on to note that "Canada’s vulnerability to mortgage defaults has soared beyond U.S. levels at the time of the sub-prime frenzy." END_OF_DOCUMENT_TOKEN_TO_BE_REPLACED

After a less than stellar January in terms of apartment building construction in Halifax, the sector is expected to gain momentum this month and ride it through the rest of the year, according to The Chronicle Herald.

A recent report from the Canada Mortgage and Housing Corporation shows housing starts in the Halifax Regional Municipality, which began the year with mixed results after a better than expected December, dropped last month.

“The statistics indicate zero starts in construction of rental apartment units for January 2012 after December 2011 had 383 starts, the most for a single month since the 1970s,” said Matthew Gilmore, a senior market analyst with Canada Mortgage and Housing Corporation in Halifax. “This is really just a matter of timing, with developers not breaking ground in January for various reasons. However, we are expecting an elevated level of activity in this sector in Halifax this year." END_OF_DOCUMENT_TOKEN_TO_BE_REPLACED

With the surge in new home building in Manitoba, comes an increased demand for new workers, and the industry is searching for skilled tradespeople to continue the housing push, according to a recent report from the Winnipeg Free Press.

The Manitoba housing industry is coming off its most productive 12-month stretch in nearly 25 years in terms of new home construction, with forecasts and projections from the Canada Mortgage and Housing Corporation and other analysts indicating the industry will continue to prosper over the next two years.

"We've had a lot of mega projects, and mega projects demand mega workers," Mike Moore, president of the Manitoba Home Builders Association, told the news source. "So in some ways, it's because of our own success. It's good news (for the economy), but it takes away from our (the homebuilding industry's) labor force." END_OF_DOCUMENT_TOKEN_TO_BE_REPLACED

Mortgage Payment Calculator
With our mortgage calculator, you can plug in your information and try different mortgage interest rates, term lengths, and amortization periods in order to determine what kind of home you can afford. How much do you qualify for?