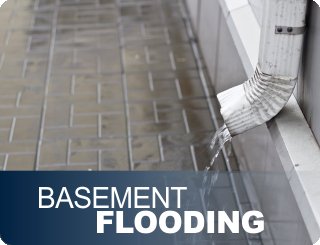 Sometimes the biggest issues concerning a property have nothing to do with home loans and mortgage rates. For many Canadian homeowners, one of those issues is basement flooding. This type of flooding is very common in many parts of Canada, and the damage it can do to a property should not be ignored.

Why do basements flood?
Unfortunately, basement flooding can be an issue in almost all seasons. Whether it be heavy rainfall or melting snow, the result can be a significant amount of water finding its way into a property's basement.

Cracked walls, plugged up drains, leaking downspouts, sewer cloggage – there are many reasons why water can end up where it doesn't belong.

Additionally, because basements are below ground, they are more susceptible to flooding from natural disasters than other parts of a home.

END_OF_DOCUMENT_TOKEN_TO_BE_REPLACED 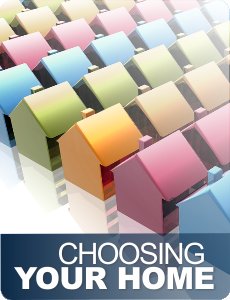 Before Canadian homebuyers jump into the wide world of mortgage rates and home loans, it’s important they understand what kind of property they’re looking for. After all, determining wants and needs can go a long way toward finding the perfect home, as well as cutting down on discontent down the line. Even more importantly, if a borrower understands what type of home they’re looking for, it can make the financing process easier. Deciding on a property can help determine how much money is necessary to borrow, making the mortgage process much smoother for both borrower and lender.

Basics
The most obvious choice when it comes to buying a home is affordability. Borrowers should take thorough accounting of their finances and determine how much money they can devote to mortgage payments each month. While special programs and loan types exist to help borrowers refinance their property purchases, it’s important to make sure a home won’t become a financial burden that borrowers can’t keep up with. Some properties are known as starter homes for a reason. They offer a jumping off point that homeowners can graduate from in the future when they’re financially capable. END_OF_DOCUMENT_TOKEN_TO_BE_REPLACED 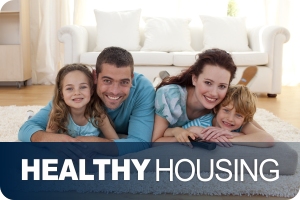 While focusing on home loans and mortgage rates is well and good for your finances, shouldn’t purchasing a home be good for your health too? There are a number of ways to ensure that your property is not only protected, but protecting you from illness and poor health.

Moisture
It seems strange that something as vital as water could cause so many health problems, but anyone who has ever dealt with mold in their home understands the dangers moisture can pose. Moisture can lead to mold, microscopic fungi that grow and spread rapidly. Not only can mold damage household materials, but the chemicals and spores released by mold can cause severe health problems, ranging from allergic reactions to respiratory disease. Mold also weakens the immune system, making it especially dangerous to children, the elderly and pregnant women. END_OF_DOCUMENT_TOKEN_TO_BE_REPLACED 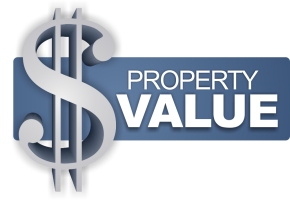 Buying a house is a huge investment, and dealing with home loans is far from the only practical matters you need to consider. Once you actually own the property, it’s your responsibility to make sure it’s properly maintained. Letting your home fall into disrepair will only hurt its value, and if you plan on selling the house at some point in the future, losing value means losing money on your purchase.

Luckily there are a number of ways to add value to your home. Repairs and renovations both big and small can make a major difference in how much your property is worth. If you plan on making the most of your investment, exploring these options is a great way to ensure your home not only maintains value in the market, but far exceeds what you payed for it in the first place.

Home office
Transforming a room into your house into a home office space not only adds value, but increases incentive for buyers who work from home. By making sure that the room features all the requirements for working equipment, such as an extra phone line and computer access, you can create the perfect working environment for a low cost. Extra shelf space and proper electrical outlets go a long way toward turning a guest room into an inviting home office. END_OF_DOCUMENT_TOKEN_TO_BE_REPLACED

Houses and condominiums are often grouped together, used as interchangeable units in housing statistics and real estate guides. The truth is, there are major differences between houses and condos. For Canadian consumers in the market for a home, recognizing those differences is vital to making an informed decision.

Houses and condos each offer their own set of advantages and disadvantages, and deciding which is better is best left up to each prospective homeowner. However, there are some general pros and cons for each type that homebuyers should keep in mind before filling out a mortgage application. END_OF_DOCUMENT_TOKEN_TO_BE_REPLACED

Hurricane Sandy has dominated all aspects of the news for the last few days, as it rightly should. The toils and troubles of everyday life tend to take a backseat when a force as powerful and volatile as Mother Nature rears its head.

Besides obvious fears regarding the safety of family and friends, the biggest speculation has come from the financial world. The full effect of Hurricane Sandy won’t be known for some time, but that hasn’t stopped analysts from trying to figure out the costs.

The CBC has estimated that the hurricane may cause as much as $45 billion in losses, affecting 25 percent of the U.S. economy.

"It seems likely that Sandy will impose greater destruction of property [than last year's Hurricane Irene], and add to that the loss of about two days commercial activity, spread over a week across 25 percent of the economy, an initial estimate of the economic losses imposed by Sandy is about $35- to $45-billion,” said macroeconomist Peter Morici in the CBC report. END_OF_DOCUMENT_TOKEN_TO_BE_REPLACED

The Greatest Mortgage Calculator
Some would say that you can't improve on perfection — we respectfully disagree. We feel our new mortgage calculator is the greatest we've ever made and the best on the internet. Try it today and compare different mortgage rates, terms and amortizations.

Mortgage Brokers
The bank doesn't work for you, but your broker does. Your mortgage broker's job is to help you navigate all of your options until they find the one right for you, and our brokers are very good at their jobs.