Toronto home to most condo construction in North America 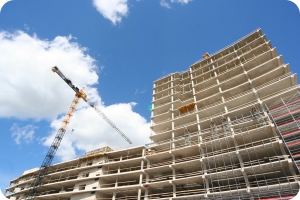 A small piece of land in Toronto may be the focal point of Canada's housing bubble, as the site being used as a parking lot and police impound near Lake Ontario will soon become a 75-story glass building that will become the nation's third tallest condo tower, according to a recent report from Bloomberg.

The condo tower, Ten York, will add to Toronto's skyscrapers, which have made the city home to the largest number of high rises under construction of any other city in North America and nearly three times as many as New York, the news source stated.

“Condo construction has always been rather prone to boom and bust cycles, and this one seems particularly strong,” Sheryl King, an economist with Bank of America Merrill Lynch in Toronto, told the news source. “Builders seem to overestimate how much demand is going to be out there, and that’s when you tend to see some abrupt pull-back.”

Although some housing experts think the amplified condo construction may be detrimental to the country's housing market, a recent report from the Canada Mortgage and Housing Corporation predicts the housing market in Canada will remain steady in 2012 as well as throughout 2013.