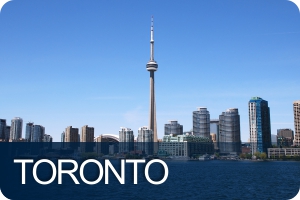 Home prices in Toronto have been rising steadily – and quickly – over the past few years, and there's no sign of a slowdown on the horizon. While many Canadians see the boom as more burden than boon, one analyst recently argued that the rapid price increases are a sign of confidence, not calamity. Canada is a powerhouse of economic calm compared with the rest of the world, and its largest city is a real estate mega-haven, according to Globe and Mail columnist Marcus Gee.

Condos especially have been a big hit in Toronto, Gee pointed out. There are more than 140 condo development projects under way, more than any other North American city. With more condos comes greater urban density, and with it an influx of bars, restaurants, retail stores and other economic drivers. And despite the high cost of home loans – Gee cited the country's real estate board in saying the average resale home price in the area is between $517,556 and $568,436, with a detached house going for roughly $831,214 – the city is in much better shape than other housing markets before they crashed, which could mean Toronto will avoid a detrimental price correction.

But like a fresh coat of paint on a deteriorating support beam, the positive outlook could be hiding problems in the market, suggested Scotiabank Vice President Derek Holt. Not only have low mortgage rates driven homeownership to levels greater than those in Australia, the United Kingdom and the United States, Holt said, overall average house prices in Canada have far surpassed U.S. prices, the Globe and Mail reported. At the same time, the ratio of insured to uninsured mortgages has ballooned.

Canadians are unlikely to default on their home loans, however. Over the past 25 years or so, the rate of mortgage delinquency in hot markets like Toronto and Vancouver hasn't changed, even when prices have undergone major corrections, the Globe and Mail reported. Canadians also have more home equity than their American counterparts before the U.S. housing market collapse, which is one of the major differences between the two countries and one of the reasons that, despite the issues of price inflation and overlending, it is unlikely Canada will see a similar catastrophe.