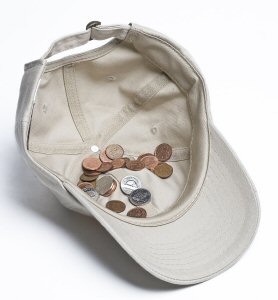 New national data garnered by Statistics Canada has revealed that poverty rates in the major urban areas of Toronto, Vancouver and Montreal are well above national averages. The agency used income reports taken from 2009 to acquire its prospective.

More positively, data also seems to indicate that mid-sized cities are improving their poverty statistics despite the recession. Both Quebec City and Victoria have shown a decline in low income residents over the last ten years.

Overall, however, the national rate for low income earners rose in 2009, for the second year in a row, up from 9.2 to 9.6 per cent. This means that roughly 3.2 million Canadians, over 630,000 of those being children, live in poverty.

Mike Creek of Toronto, who works with the city’s impoverished, posited to the Globe and Mail that the concentration of low income earners in major centres is result of a tendency for the poor to migrate where they will be less noticed.

“If you stick around in a smaller community and you have that shame, you become stigmatized,” he said. “So I think it’s easier for someone to pack up their bags and try some place else.”

He also noted that larger centres offer an increased number of services, jobs and housing options that smaller cities or towns may not.

Despite these stats looking dim, Canada is by no means at its peak poverty level. In 1996 national levels reached 15 per cent. At current Vancouver sits at a low income rate of roughly 16.9 per cent, the highest rate in Canada, but that is actually down from 17.8 per cent as was reported in the year 2000.

Coming in second, Toronto reports a 13.2 per cent rate, up moderately from 2000, while third placer Montreal reports 13.1 per cent, a 6.6 decrease from the decade previous.

Roughly one in ten Canadians are considered low income at current. Though Eastern Canada reported greater numbers of poverty, the West’s stats also clearly reflected the effect of the recent recession. Alberta saw low income rates rise from 6 to 10 per cent from 2008 to 2009.

Next
Financial Dos and Don'ts for Couples
Previous
The Blended Mortgage: A Way to Access Equity without Penalty
Compare. Calculate. Apply today.