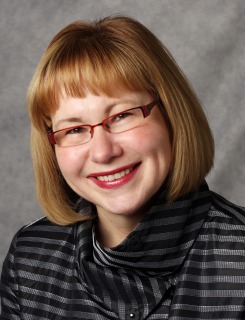 Karen Kinsely, FCA, ICD.D, has held her current title as President and CEO of the CMHC since her inaugural appointment in 2003. March of this year saw her re-appointed to lead an eighth year in presidential tenure for the national housing corporation.

Before her career with the CMHC began in 1987, Kinsley held title as the Vice President and Treasurer of two real estate development companies. Three years after stepping on the CMHC board, she achieved appointment to Vice President, Finance, shifting position to Treasurer in 1995. The following year saw Kinsley named the Vice-President, Corporate Services and Chief Financial Officer; and in May of 2000 the Vice-President, Insurance and Securitization.

By 2010 Kinsley had received the Women’s Executive Network’s Top 100 Award for Canada’s Most Powerful Women three years consecutively, as well as the Certified Director Designation (ICD.D) from the Institute of Corporate Directors. She was also elected a Fellow of the Institute of Chartered Accountants of Ontario (FCA)

Kinsley was a student of the University of Ottawa where she attained her Bachelor of Commerce degree, following which she became a member of the Canadian Institute of Chartered Accountants.

Even the expert has had tough times in home ownership. As reported by the Ottawa Business Journal, 2009’s named CEO of the Year locked into rates as high as 18 per cent with her first mortgage amid the inflated, post-recession period of the 1980s. Negotiating a lower price on this first property purchase, a condo in Ottawa, was her first step into what has evolved into an expansive housing-industry based career.

Kinsley was born in Pembroke, Ontario to a military family, who had some influence in her choice to study commerce. As she told the Journal, her roots cultivated a strong love for country and sense of discipline that would grant her the focus to arrive at the place she sits today: the head of one of the country’s largest Crown Corporations.

"While our most visible legacy is the housing we see in communities across Canada, it is the difference we have made in the lives of Canadians that remains our most enduring contribution to this country," Kinsley states in her President’s Message for the CMHC.

"We are committed to helping Canadians access a wide choice of quality, affordable homes, while making vibrant, healthy communities and cities a reality across the country."

On her work desk, the Journal reports she keeps photographs of her two children as well as the special needs employees she coaches.

"If I'm having a really bad day, I look up and see their faces and when it comes right down to it, I realize it's all about people," she told the paper.

In addition to her demanding role, Kinsley has made regular contributions and organized events for both United Way and Habitat for Humanity.