fake claim
1. A fraudulently made insurance claim. In most cases where a fake claim is identified, a policyholder will exaggerate a legitimate claim, but it is not uncommon for someone to completely fabricate a fake claim for financial gain.

Great Mortgage Rates
You looking to find a low mortgage rate? Most of the time, getting the best rate for your mortgage is about who you go to more than your credit history. Shop the market using a mortgage broker and you won't be left paying high interest rates.

Amazing Mortgage Calculator
Interested in how different interest rates can affect what kind of mortgage you can qualify for? Mix and match rates and terms with our totally awesome mortgage calculator to determine what type of mortgage loan is best for you. 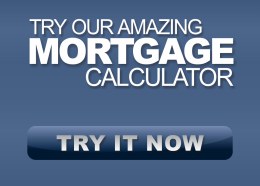 Mortgage Brokers Are Up To Date
Staying up-to-date on mortgage rates, terms, and the best products available in Canada is what a mortgage broker does for you. Make sure that you get the best possible financing and rates, use a mortgage broker.