Variable rate and fixed rate mortgages both have their pros and cons. Here's a quick summary of the differences between the two:

So which is better?

Both variable and fixed rate mortgages have their advantages, but in many brokers' opinions, the scale is often tipped in favor of lower interest paid over the long-run, which has a lot to do with the interest rates.

In the the end, determining whether a fixed or variable rate mortgage is better is an exercise in speculation, experience, and consideration of tolerance for risk. This is why it's often important to involve an experienced broker or your financial planner. 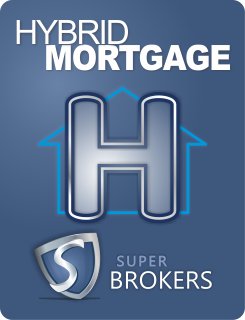 Hybrid mortgages work by associating part of the loan amount with a fixed rate, and the rest with a variable rate. This gives hybrid mortgages a sort of variable/fixed duality that, in theory, gives you the advantages of both, and provides some flexibility in terms of how much risk you're willing to assume.

If you would like to apply for a hybrid mortgage, Super Brokers has unique expertise in this area.