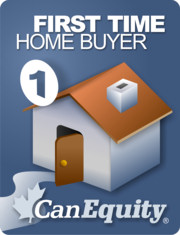 Results of the 2011 TD Canada Trust First Time Homebuyers Report showed that nearly half of first-time homebuyers will purchase their property alone. These figures, issued Wednesday, indicated that 57 per cent of men and 33 per cent of women will enter into home ownership sans a co-purchaser.

Interestingly, approximately one third of those surveyed also said they were looking for a property with a rental unit from which to generate revenue. The majority of these, 71 per cent, said they would use this income entirely toward paying off their mortgage as soon as possible. Only 14 per cent said they would apply the rental income toward their savings.

The results seem to indicate that while a growing number of Canadian homebuyers do not wish to be legally tied to a co-purchaser, they will be somewhat reliant on a roommate to maintain the affordability of their purchase.

Those that estimated their future home bills, their closing costs and explored their mortgage options dwindled seven to 11 per cent from last year’s figures.

The survey questioned 1,000 Canadians who had either purchased in the last two years or were planning to. For those that fall into the latter group, heed some caution. Rushing into one of the largest purchases of your life without doing your homework will most likely cost you. A mortgage pre-approval will hold the best rate available, usually within a 90-day span, while you shop and negotiate.

While a home inspection may cost $300+ up front, the unseen repairs that may need to be made on the property could have you refinancing and borrowing funds that you no longer have.

In addition, moving to an undeveloped area with no amenities could save you now, but may prompt you moving sooner than if you purchase in a neighbourhood where you could envision yourself for a longer while. Speak to a mortgage and a real estate professional in depth before you put in your first offer.

Next
REITs Forecasted to Produce another Year of Good Returns
Previous
'Playing it Safe' in a Volatile Market
Compare. Calculate. Apply today.