Canada Housing Prices Predicted to Fall Up to 25%: Capital Economics 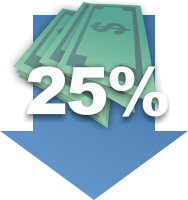 The independent research firm Capital Economics has warned Canadians that housing prices are on the verge of a weighty fall, as stated in an article that appeared yesterday in the Financial Post.

“Relative to disposable income per capita, our calculations suggest that housing is around 25% overvalued, which is approaching the level of excess that the U.S. market reached at its peak in 2006,” the firm said. “House prices have been growing rapidly for nearly a decade now and it has reached the point where housing is so overvalued relative to incomes that a downward correction seems unavoidable.”

This somewhat dismal report further implied that a quieted housing market will lend to muted economic growth and a decrease in employment rates over the coming years. The firm suggested that escalated financial leverage has fuelled a “housing price boom” that will, in turn, come to bust.

“Another sign of over-building, or perhaps over-consumption, is the sharp increases in the home ownership rate over the last 10 years,” Capital said. “Our concern is that these excesses will eventually lead to a house-price correction, which would greatly impact household wealth, consumer confidence and the economic recovery.”

The report noted that unoccupied housing units are hitting historical highs, much as they did during the 1994-95 “slump”. One broker proposed that just as this occurred in those two years, first-time home owners who wait out this prospective crash could land in a prime time to purchase their homes.

Next
Building up your Retirement Emergency Fund
Previous
Budgeting for your Wedding
Compare. Calculate. Apply today.