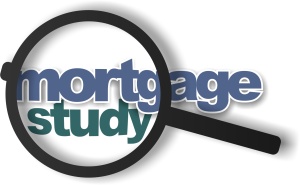 Perhaps influenced by whispers of housing bubbles and rates doomed to rise, fewer Canadians are saying that now is a good time to buy a new home in their community than they did earlier this year, yet numbers are still higher than those attained from surveys conducted by the same institution from 2006 to 2008. Canadians are also saying that, in their opinion, low mortgage rates have accounted for more people buying homes than should have. Yet, when asked their thoughts on their own mortgage, very few said that they regret committing to the mortgage they currently hold.

The sixth annual report on the State of the Residential Mortgage Market in Canada, prepared by Will Dunning, chief economist for the Canadian Association of Accredited Mortgage Professionals (CAAMP), surveyed over 2,000 Canadians online in October. More than half of those participants owned homes and maintained mortgages. Of these, only five per cent showed strong agreement when posed the statement “I regret taking on the size of mortgage I did.”

The report seems to illustrate that though Canadians believe that in general people in the country are taking on too much personal debt, they believe they are handling their own finances responsibly. Some industry professionals speculate that Canadians are prepared for rate increases and that by the time mortgage rates have risen significantly, the income taken in, at average, should have risen as well, proportionately.

Other numbers indicate that Canadians simply don’t know the direction the mortgage and housing market in Canada will take. The average response of surveyed Canadians on items such as “Canada’s superior banking system will shelter us from significant downturns like the one experienced by the United States” and “Canada’s housing market is in a bubble” garnered a virtually neutral response, while most disagreed that any economic slowdown the country has experienced has affected their plans to move or to purchase new or additional property.

The current rate of mortgage arrears, or those mortgages in which the property owners became unable to make their payments, casts a positive light on the overall prognosis of the Canadian mortgage market. That rate has gone down to less than 0.5 per cent of total mortgages in Canada, compared to the more than 20 per cent of mortgages in arrears in the U.S.