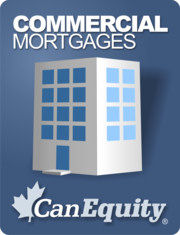 Though, according to the Globe Investor, Canada’s securitization market continues to see issuance levels lower than before the 1930s, issuance is improving. Foreign lenders, outside of large banks and insurance companies, are upping the commercial financing available for non-prime commercial borrowers, which means the outlook for the Canadian commercial mortgage market looks apt to see growth.

In the past year, the percentage of Canadian companies delinquent in their lending repayment has never exceeded one per cent, and more often than not this number remains below 0.5 per cent. This is in direct contrast to the US rate which has grown over three per cent in the past year, spiking in August, 2010 at over eight per cent.

The majority of matured Canadian commercial loans in the first half of 2010 were paid in full, with only five per cent extended. Asset-backed securities saw a large growth over 2009, with a near $8-billion worth sold into the market this year As 2010 nears its end, it is very possible that some commercial borrowers will seek commercial refinancing to accommodate a sub-optimal economic environment.

The increasing securitization, or commercial back securities, market in Canada creates a larger pool of funds and flexibility available for commercial projects in need of a mortgage. Though the last decade saw many major financial institutions pull in their commercial financing leashes, making lending accessible to only the safest bets and top ranking borrowers, this trend appears to be turning around. The commercial market appears to be returning to an aggressive, innovative arena, where new and potential borrowers may have opportunity for their proposed commercial products.

While many financiers seek involvement only in large scale ventures (those seeking more than $2-million in commercial financing) smaller projects are receiving more attention as an increased body of lenders enter the commercial market. Commercial borrowers looking to find funding for small apartment complexes and storefronts have more options now than they did just a few short years ago..

A host of commercial mortgage products, with wide ranging features and competitive rates, exist for projects of varied interests. Every commercial venture needs be reviewed as to its own unique requirements and circumstances.

Next
Investing in Renewable Energy and other Green Initiatives
Previous
Methods of Improving Your Credit Score
Compare. Calculate. Apply today.