Drunk Driving Highest in Interior BC Towns, Not Urban Areas 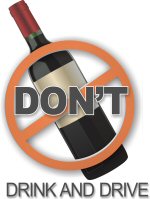 According to ICBC investigation records, as accessed by Global News in an exclusive investigation, the postal code areas showing the highest rates of alcohol-related suspensions are within interior towns, not heavier populated urban areas.

The top 10 highest volumes of alcohol-related suspensions per postal code – ranging from 12-hour license suspensions to impaired driving causing death – were found in the following locations, as reported from April, 2010 to April, 2011:

As for the top 10 lowest volumes of reported alcohol-related suspensions, all but one were located within or close to Vancouver’s city limits. The tenth was Victoria.

He went on to explain that much of the drunk driving occurs when rural camp-based workers come into town amid their periods of time off.

Global reported that similar patterns are evident in Ontario, where the closer to Toronto an area is located, the lower the impaired driving infringements reported per capita.