Should Debt Halt your Plans for Wedded Bliss? 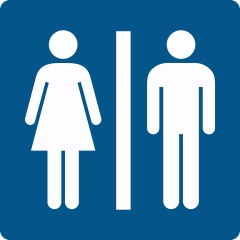 Money can’t buy you love, but a large shortfall of it sure seems to have an effect in destroying it. Money troubles are consistently one of the chief factors associated with divorce and the number one reason couples state they bicker.

That said, is it a good idea to openly enter into a marriage contract knowing that you or your partner are bringing to it a fair sized bundle of funds owing?

According to David Weliver, writer for Money Under 30, it really depends on the type of debt. He states that while he would be comfortable entering into marriage with student loans or even vehicle debt – since the purpose for which those two debts were, or are, being incurred are viewed by society as beneficial toward intents of the future – he would not do so with personal or credit debt.

He also recommends that the two partners are 100 per cent upfront and transparent with one another where money matters are concerned. Even with a prenup, once married, one person’s debt can often become the other partner’s problem, and vice versa. Though money problems can arise at anytime during the course of a marriage, and people’s spending habits can change, Weliver recommends taking these steps to guard against nuptial failure:

Remember that criticism leads to quarrel, but gentle start-ups can create a great, open dialogue on where the future of your finances is headed. Before you tie the knot, be sure you have reached a consensus on what that path looks like.

Next
The Benefits of a Cash Back Mortgage
Previous
Banks Swallowing Penalties to Keep Clients from Brokers
Compare. Calculate. Apply today.