How Stillwater Lake Ranks in Nova Scotia for Mortgage Business

The following table lists how Stillwater Lake ranks for mortgage applications sent to our website. The data collected is over a 7-year time frame. A location has to have a minimum of three applications to make the list. To find more information, simply click on a location.

The following figures show the average income of applicants living in Stillwater Lake who have submitted an inquiry using the pre-approval application on Mortgage Super Brokers' web site.

Since the average income of Stillwater Lake is notability higher than our Canadian national average, we have included the MEDIAN annual gross income for this location. A reason for such a high average is usually due to a high income that is just under our cut-off of acceptable incomes of <$500,000. In rare cases, some applicants may have entered an extra digit (ie. 400000 instead of 40000), which will also sway the averages in smaller areas. In such a case, we will correct the data accordingly.

Note: Commercial loan amounts were not included for this survey, only home loans were used.

Mortgage Statistics
Did you know? The average home loan in Dartmouth is:
$151,148*
Discover many more facts and statistics exclusively here at Mortgage Super Brokers. 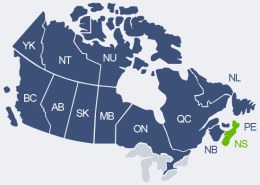 Mortgage Refinance Calculator
Paying a small penalty today can save you thousands of dollars down the road. But before you refinance, you must first ask yourself, 'Will breaking my mortgage and refinancing help me?' It's a question worth asking, and our new refinance calculator can help you find an answer.