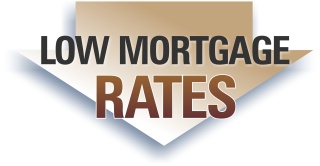 Fewer people may be looking to take advantage of low Canadian mortgage rates to move into new homes in the near future, as the latest data from Statistics Canada showed a significant drop in the value of building permits during the month of October.

The group says that the value of building permits given out during the month was $6.2 billion – a 6.5-percent drop-off from the previous month, but close to what the market saw before the recession.

Permits for residential properties were responsible for the drop, as they fell more than 11 percent after gaining value over the last two months. However, demand for commercial and industrial properties increased, with permits jumping 8.8 percent.

Weakening demand for single-family homes continued to be apparent, as the value of permits issued for new single-family homes fell 9.4 percent – the sixth drop in just the last seven months. The sharpest drops were seen in the Toronto area where permits fell a startling 41.9 percent.

Despite the reduced confidence of homebuilders, the Canadian housing market remains relatively stable. A report from the British data firm Knight Frank found that Canadian home prices were up 7.9 percent compared to last year.