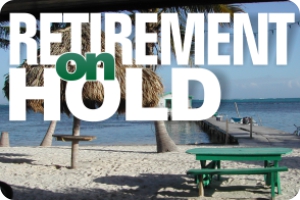 While low Canadian interest rates have been helpful for those looking to buy a home, the Globe and Mail reports that they are also making it difficult for those getting ready to retire.

Financial analysts told the paper that they are seeing an increasing proportion of the population planning to work after the age of 65, even if the retirement age doesn't go up, to save the government money on healthcare.

At the same time, the paper says lower home prices – which generally make up half of citizens' net worth – are also stalling some retirement plans. The low interest rates are driving some people nearing retirement age to take on more risk in order to try and achieve financial stability.

"Having a generation of retirees with unusually high-beta portfolios is certainly a concern," Ben Radidoux, a trained financial adviser and author of the finance blog Financial Insights, told the paper.

Many people are downgrading their retirement plans. According to an RBC survey earlier this year, 75 percent of people think that the retirement of their dreams is likely out of reach.