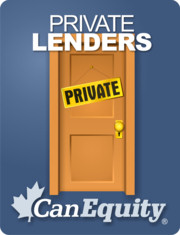 When big lenders, banks, insurance companies, and other financial institutions say the wells are dry for commercial lending, another group of financiers offer a spring. Private commercial lenders, particularly in the US commercial mortgage market in Ontario, are increasingly becoming the go-to for hard-to-fund commercial projects.

Alternative, or non-traditional, commercial financing can mean funds loaned by wealthy individuals, investor capital pools, limited partners, mortgage investment corporations (MICs) or even hedge funds. Private lenders tend to charge higher interest rates than conventional commercial lenders, sometimes upwards of prime plus eight per cent, and fees of one to five per cent of the total loan value, but they also tend to take on projects that conventional lenders will not.

Private commercial loans also have the advantage of comparatively quick issuing and closing times. Private lenders are often the solution for borrowers seeking funds in less time than traditional institutions can procure them, or for shorter terms than traditional institutions are willing to release them for. Private lenders are commonly sought for bridge financing, or financing needed for less than 24 months.

Traditional lenders generally need in excess of three months to be prepared to issue commercial financing. Private financiers can generally approve projects within a week, sometimes even a day, and release funds in between one and three weeks.

Private lenders are basically looking for two things: proof that the commercial venture being proposed is viable, and demonstration that the borrower will be able to pay them back. Regardless of current market strain, or even personal or firm credit history, if your commercial business plan appears appealing and profitable to a private lender with the funds to lend, you can be in business virtually instantly. A project viewed as risky by the banks, such as the open of an independent restaurant or boutique hotel, may be viewed appealing to a private financier if the plan is drawn accordingly and can be followed through on.

Since private lenders primarily lend based on equity, not the credit history of the borrower, they are typically willing to fund in circumstances where substantial equity has been accumulated. Private lenders will usually not lend in excess of 70 to 75 per cent of the property’s sale price or the property’s appraised value, if the property is being refinanced. They will also be looking to see proof of consistent and sizable cash flow.

Private lenders also tend to favor income producing properties, such as resorts, apartment residences or commercial sites wherein tenants are long-term and reliable, but all good projects will have an audience. Where there is chance for a return-yielding investment, there is chance of private financing.

If unconventional financing is what could get your viable commercial venture off the ground, or provide financing while more traditional means are being secured, a private lender could be your avenue. A non-conforming property, a proposal for funding that has been turned down by a bank, or history of bad credit still has a chance in the private market, so long as the plan conveys opportunity for profitability.