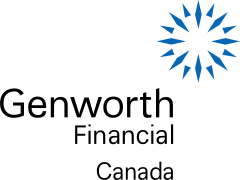 By mid-2007, mortgage default insurers had faced two turbulent years. They had watched their market shares plummet by a whopping 50 per cent and, in turn, the media coined them “unsustainable”. In the last year, however, these private mortgage insurers have seemingly regained their momentum. Genworth Canada has recently reported a 71 per cent increase in new insurance written, so far this year, and $85-million in profit.

Canada Guaranty is experiencing a slower return, but a return nonetheless, due largely to the liquidity crisis faced by its U.S. parent company, AID United Guarantee. The private mortgage insurer has been taken on by the Ontario Teacher’s Pension Plan (OTTP), lending to its resurgence in the market.

A healthy private mortgage insurance market means increased options for Canadian lenders, beyond the Canada Mortgage and Housing Corporation (CMHC). This keeps the market fresh, innovative and competitive. When one insurer refuses the product offered by a lender, having more than one viable private insurer means there may be an alternative route for them to take.

Next
Does Low Rate Mean Low Quality?
Previous
What to Look for in a Mortgage Broker
Compare. Calculate. Apply today.