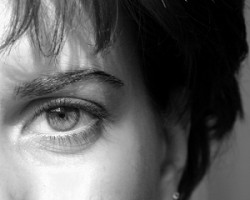 A new survey finds that the vast majority of women say that in the end, they have control of family finances instead of men.

The Angus Reid poll, titled Financial Lives of Girls and Women, found that 89 percent of respondents felt that while women may end up speaking with a financial advisor or a spouse about money issues or mortgage rates, they still held ultimate control over most financial decisions.

In addition, while 89 percent of women felt that they should consult their partner before making financial decisions, just 51 percent of respondents said that they actually did, representing a significant shift from traditional stereotypes.

"Historically, we were led to believe that women and finance didn't mix; that women left the financial planning to the men in their lives and were largely ignored or under-serviced by financial firms and planners," said Barbara Stewart, a financial analysts and the commissioner of the survey.

Women are also teaching financial role models. Eighty-three percent of women surveyed said they were taking steps to teach their children how to manage their money.

Other reports have shown that they're also doing a fairly good job of it. Recent data from the Bank of Montreal found that while Canadian families were adding more debt, they had also found ways to save more in recent months.